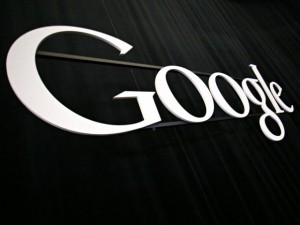 Just two days after Google’s GOOG stock price jumped to over $800 for the first time, analysts upgraded that price target to $1,000 Thursday morning. According to the Wall Street Journal, Sanford C. Bernstein credited the emergence of mobile and YouTube as significant growth drivers.

“We believe mobility, together with continued innovation in search, such as new formats and better targeting, will support the growth of search revenues in the double digits for several years to come,” stated Carlos Kirjner, a Bernstein analyst. Kirjner also believes that YouTube is a greatly underappreciated and underutilized asset.

Google announced its new enhanced campaigns for AdWords on February 6th, offering new bidding tools and mobile bid adjustments. With enhanced campaigns, PPC managers can now set bid adjustments to increase or decrease bids for mobile devices as well as different contexts – like location and time of day. Google began rolling out the beta version of enhanced campaigns in the weeks following their announcement, with a plan to upgrade all campaigns by April 2013. We are already using Google Enhanced Campaigns as of this writing.

We believe that watching cost-per-click (CPC) figures is counterintuitive, as we often significantly lower the cost-per-click for our clients while increasing the value of the clicks (higher ROI) and increasing overall spend on Google AdWords while growing a particular business.  The net result is that Google makes more money and our client realizes more revenue and profit. Google CPC moving up or down a bit has nothing to do with how much money Google will profit.

Another long-held concern on Wall Street is that Android, the dominant mobile operating system, would not be profitable. “Perhaps that line of thinking is wrong,” said Chris Ciaccia of Yahoo Finance, “[and] Android can indeed be profitable for Google.”

As Google continues to spur rumors about the release of innovations like Google Glass and its self-driving car, Kirjner says, “it’s very apparent years of investment are about to be unleashed into the everyday environment.”

Some things the analyst’s overlooked: Chrome (Google’s browser) is making strong inroads in the browser wars. Chrome saves people time, so they have more time to click on ads in Google Search (AdWords), Youtube and the Display Network, resulting in more money for Google. As CPC’s move down, people are improving their AdWords accounts, which equates to more successful, happy advertisers and strong revenue growth for Google.